American debt levels continue rising year after year, with a surge in the number of people using loans to pay anything from home renovation and medical expenses to vacations, scholarship, and credit card debts.

However, with thousands of troubled businesses across the country losing revenue amid COVID-19 outbreak and searching for loan programs, the constantly growing debt levels in the United States became an even greater problem.

According to data gathered by AksjeBloggen, the combined value of loans granted by all commercial banks in the United States increased by $1trn since the beginning of 2020, reaching $14.8trn in May.

In 2014, the total value of credits of all commercial banks in the United States amounted to over $10trn, revealed Statista and Federal Reserve Economic Data. By the end of the first quarter of 2017, this figure jumped to $12.1trn, growing around $800bn per year. The increasing trend continued in the following years, with the combined amount of commercial bank loans in the United States reaching $13.8trn in December 2019.

However, 2020 triggered the most significant increase in the total loan value in years. In just three months, between February and May, this figure jumped from $13.9trn to $14.8trn. Statistics indicate the total value of US commercial bank loans increased by 48% in the last six years.

New $729bn Worth Commercial and Industrial Loans in 2020

Analyzed by category, the statistics show commercial and industrial loans have witnessed the most significant increase in the last couple of months, with the combined value of all granted loans growing by almost $729bn since the beginning of the year, and reaching $3.08trn in May.

The Federal Reserve data revealed Americans have more than $4.6trn in real estate loans as of May, a $54.7bn increase in the last five months.

However, the coronavirus outbreak caused a plunge in consumer loans in the United States, falling by $73.7bn since January and reaching a total of $1.52trn in May. Statistics show that credit cards and other revolving plans have witnessed the most significant drop among all consumer loans. In May, Americans had around $773bn in credit card debt, or $73bn less compared to January figures. 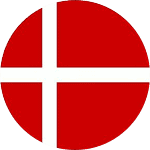 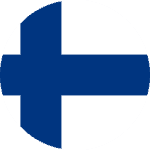 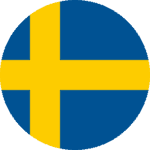